UPDATE: THEY ARE KILLING THE INNOCENT AT THE RATE OF OVER 9,000 A YEAR! HOW MANY MORE WILL PERISH WITH THE HELP OF BARRACK HUSSEIN OBAMA IN 2014? 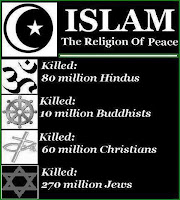 This killing, or more accurately, the slaughter, has been going on for many, many years, but actually started hitting home about thirty years ago.  Unfortunately, not many of us even remember what happened to our country in November of 1979.  However, we should remember, because it was the beginning of a major attack on America!  In fact, today, it has escalated into an outright TAKEOVER of all we believe and hold dear.

They were Americans!  They were simply doing their jobs and going about their day, just like any other day.  They did not expect any unforeseen circumstances or events.  It was just another day like every other day, but boy were the folks in the American Embassy in Tehran wrong.  They came under attack and taken as hostages!  Oh, did I mention that they were Americans?  Yep, while we were all fat, happy and lazy the muslims declared WAR on us, AMERICANS!  Moreover, our government saw it with a “blind eye”.  Jimmy Carter was beside himself.  He launched a FAILED mission in the desert and this mission proved to the muslim world that America was weak!  We could not beat them on their own ground.

Yes, it had begun, the great muslim TAKEOVER of the entire world, which included America!  Americans continued to be killed throughout the Middle East.  Some of these killings were reported in major media, but many were not.  These atrocities continued and then, as if just one American killed was not enough for us to WAKE UP from our slumber, the muslims gave us another ALARM CLOCK! 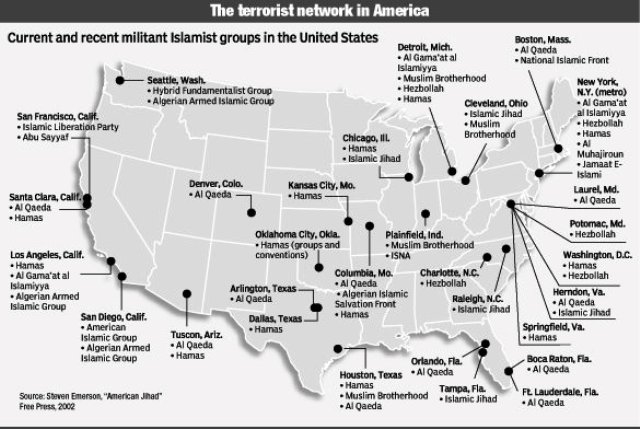 In April 1983, those muslims loaded up one of their vehicles with a bunch of high explosives, drove it into our American Embassy compound and killed sixty-three of us.  Yes us, Americans, but once again, we pulled the covers over our heads and went right back to sleep!  Hey, but hold on, those “peace loving” muslims weren’t through.  Oh no, not by a long shot.  They packed over twenty-five hundred pounds of TNT, that’s over a ton folks, into a truck and drove it right through the front gate of the American Embassy in Beirut, once again.  This happened in October 1983, only six months later, and we still went BACK TO SLEEP!  It was okay though because only two hundred and forty-one of us died then.  Guys, we are talking about Americans here!  Can you imagine the total UPROAR if two hundred and forty-one muslims were killed in America?  The media would go berserk!  There would be movies made!  Celebrities would be doing benefits!  Congress would declare holidays in remembrance!

If this weren’t an actual WAR ON AMERICA, you would think the muslims would have KILLED enough, but oh no!  They had just begun there ASSAULT ON AMERICA!  Here is a run down of their mayhem:

***Muslims have killed Americans, IN AMERICA, every single year since 2001.  This list goes on and you can see it in complete detail here:
http://www.thereligionofpeace.com/Pages/AmericanAttacks.htm

In the last year, 2010, muslims have killed over 9100 people across 46 nations and you think that they are not waging WORLD WAR!  Give me a break!  During this same period, just one short year, they have injured over 17,000 people.  17,000 folks!  Think about that.  A whole bunch of us live in towns with less people than that.  Imagine if you woke up tomorrow and all your neighbors were dead or crippled.  Pitiful thought, isn’t it, especially when they would be killed at the hands of insane, religious maniacs!

I wish to thanks US Navy Captain Ouimette, an Executive Officer at Naval Air Station, Pensacola, Florida.  I derived a lot of this information from a speech he had given some time ago.

"I am very proud, that I pray to and worship our Judea/Christian, God Almighty. I am very proud to be an American, who loves all his family and all his fellow patriots. I will defend the original Constitutional. I will defend the rights and lives of patriots to the best of my ability and, if time and resources permit will even defend other Americans, who may fail to believe as I do, but I will never defend a quran practicing muslim. They are my ENEMY!

DON'T BE TIMID! Tell me what ya think.

TOTAL FOLKS WHO CHECKED IN

POSTS FOLKS ARE TALKIN' ABOUT!